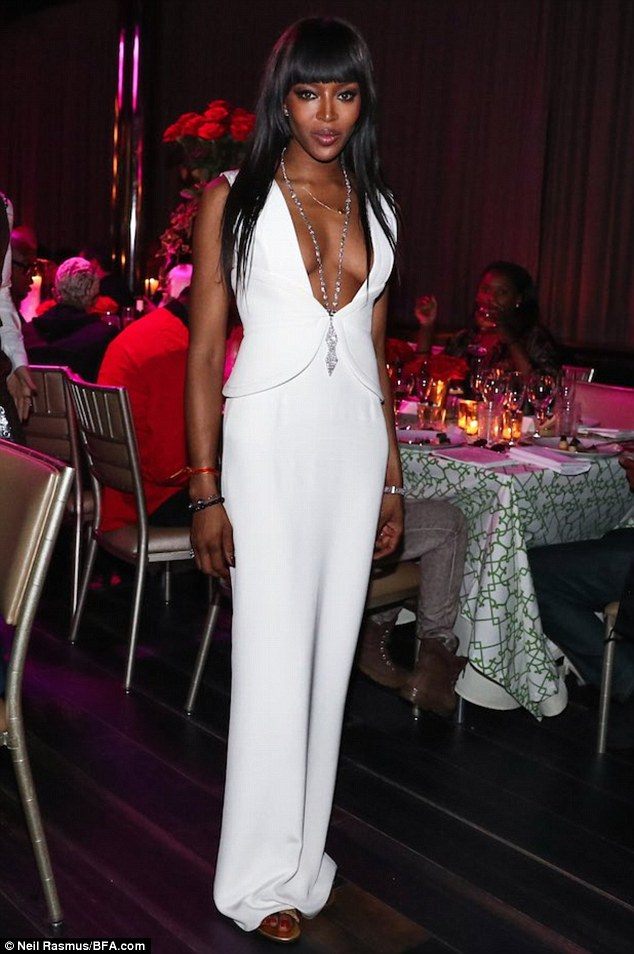 Super Model Naomi Campbell was joined by family and friends at the PHD Rooftop Lounge, New York City to celebrate her 46th birthday. The private dinner party had all the pomp and elegance befitting Naomi; and according to a TMZ report, 1000 stems of top quality Red Naomi roses to add to the glam.

She looked dazzling in a low cut, corseted, Brandon Maxwell dress that she had accessorized with an extra long pendant necklace. Among her 90 guests were A-list celebrity pals including P-Diddy, Usher, Q-tip, French Montana among others. The Red Naomi roses were delivered by Angelica Flowers and Events. TMZ reports that $15k was spent on flowers for the birthday party that was nothing short of epic.